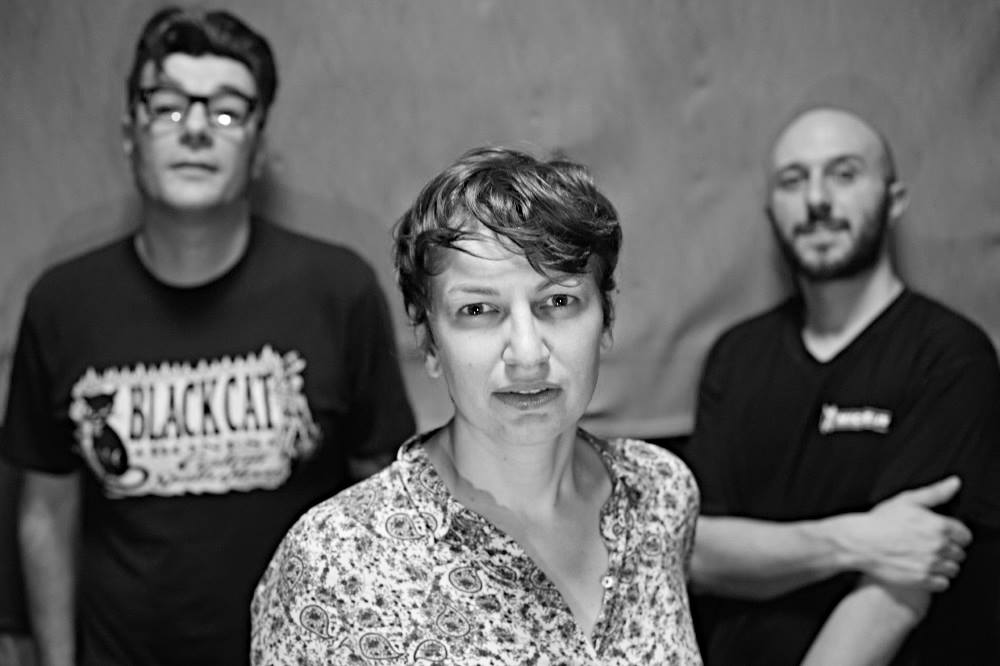 You don’t need much : a gig in La Spirale in Annecy, as wild and intense as it gets, a few listenings on their bandcamp and then you realize you really like the sound that band makes. From then on, it was not difficult to get in touch with SLOKS guitar player Andrea « Buddy fuzz » and send him a bunch of questions to get to know a bit more about the Turbo-garage fury from Torino named SLOKS. Loads of thanks to Ivy Claudy (IC), Peter Chopsticks (PC) and Buddy Fuzz (BF) for answering my questions.

I found that if the line-up of SLOKS – guitar, voice, drums – was pretty basic each element has lots of personality. The singing especially is very peculiar. How did you guys meet and come to form SLOKS ?

IC : We met at an art exhibition in Torino. Andrea (the guitarist) was looking for a drummer and I (Ivy Claudy) play the drums, but Peter (the actual drummer) was faster than me ! Andrea gave me a tape of his songs that he was keeping in the pocket of his denim jacket and the following day I was in a church basement rehearsing with them.

Guessing from your strong performances on stage, I suppose SLOKS is not your first band, is that right ?

IC : I was the drummer of The Daisy Godzilla, Buddy used to play with the Wilma Strippers in the end of the 90s, Peter Chopsticks is still playing with Spareparts (funk/jazz/noise) and before Evilfish (stoner) and Contrite (postcore/noise).

The style of your drummer is pretty strong and physical, did he play in any hardcore or powerviolence band ? Or does he ? Or will he ? 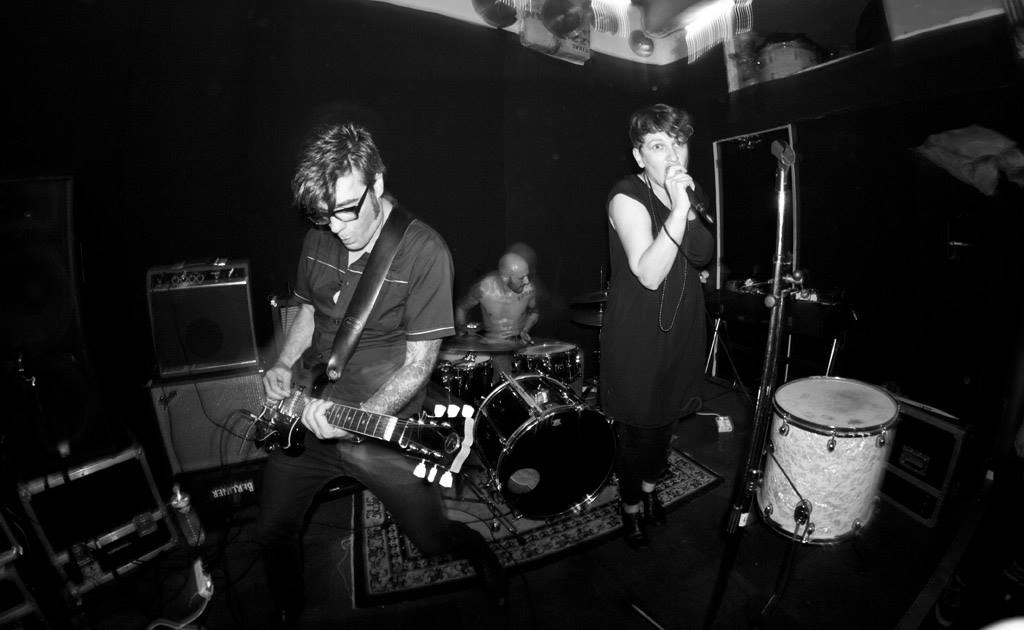 The words and the way of singing bring about a really dark, tortured atmosphere… Who writes the lyrics ? What are they about ?

Apart from SLOKS, do you have any side musical or artistic project ?

IC : Peter plays with Spareparts (funk/jazz/noise) and he is also a graffiti artist.
Right after our last gig a bunch of underground local artists came up to me asking to join in their projects. Among them, I was flattered by the collaboration offers from Jena, the Maestro of “Jene nella notte” (a radio program on Radio Blackout) and from Alex aka “the Bad People” and his electro solo project.

How is the independent/musical/artistic scene in Torino ? What are the bands, musicians or artists that we should be aware of ?

IC : We often play in Torino thanks to friends and musicians that organize gigs for us… There are many secret shows, a new fanzine Karaoke, great radio programs (Vita, morte e miracoli!), gigs and festivals… We have just been invited at the end of April for a 2 days garage festival with friends Lame.

You just have a 7’’ out that, I believe, is your first actual physical record. Previous to that, you had released 7 songs on the internet (the oneUp 10’’), 4 of which are to be found on the new record. Can you tell us a bit more about these recordings and the relationship between them ?

IC : We have recorded 7 songs at Balsamic studio, during a weekend… It has been fantastic ‘cause the sound engineer, Massimiliano Moccia, knew exactly what we wanted. The 7’’ was the quickest solution to fulfill our urge to release something. 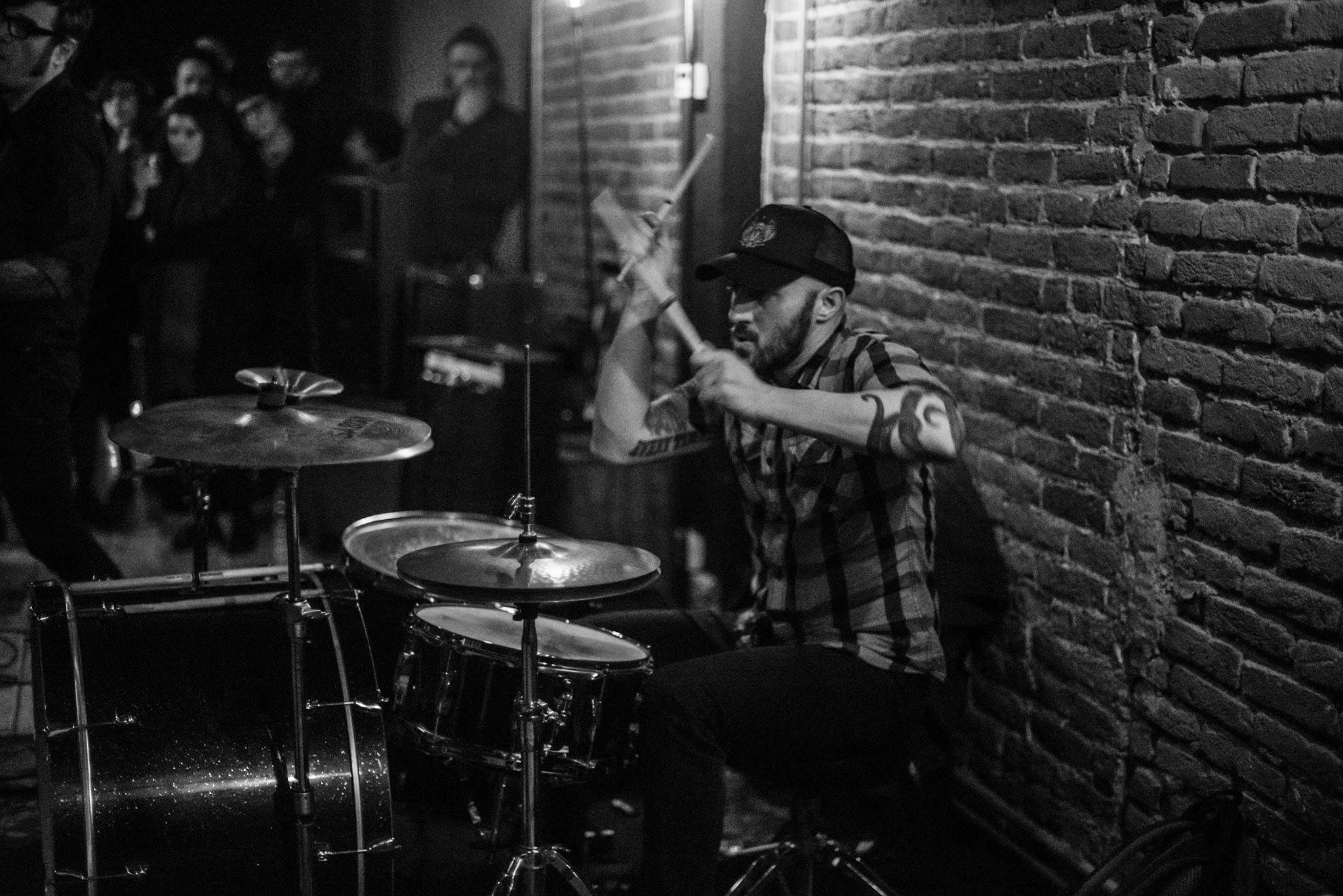 I really like the artwork of both your digital 10’’ and your 7’’, who made them ? Is the visual identity of your band important to you ?

IC : Buddy Fuzz did everything for the 7’’ and he is in charge of the artwork for flyers, stickers and the website (and he never asks for our opinion !)
For the 10’’ we used the art of Beppe Conti.

Are you total rock’n roll / garage-punk freaks ? If you had to choose three records to introduce a friend to that music, what would they be ?

BF-PC : I don’t know what kind of freaks we are, what I think is that SLOKS is like a cooking blender, you put good ingredients, mix them up and in the end you have muddy turbogarage. I think we are very influenced by what we listen to.
So the three records could be : “Soul Food” by Oblivians, “Los Angeles” by X, “At action park” by Shellac.

What did you think of your gigs at La Spirale (Annecy) and Le Brin d’Zinc (Barberaz) ? And what about the bands you played with in Annecy : Thee Sweeders and What the fuck?

IC : It was a great weekend, Slim Guib’s and his friends/bandmates were awesome… We only have good memories and we decided to use one of the photos that Oliv (Thee Sweeders and What the fuck? member) took that evening for the back cover of our 7’’.

What can we expect from Sloks in the future ?

IC : We hope to come soon to France, my dream would be to play in August at the Freakshow Festival in Gigors.
BF : We just want to play more!

All photos courtesy of SLOKS unless otherwise stated. 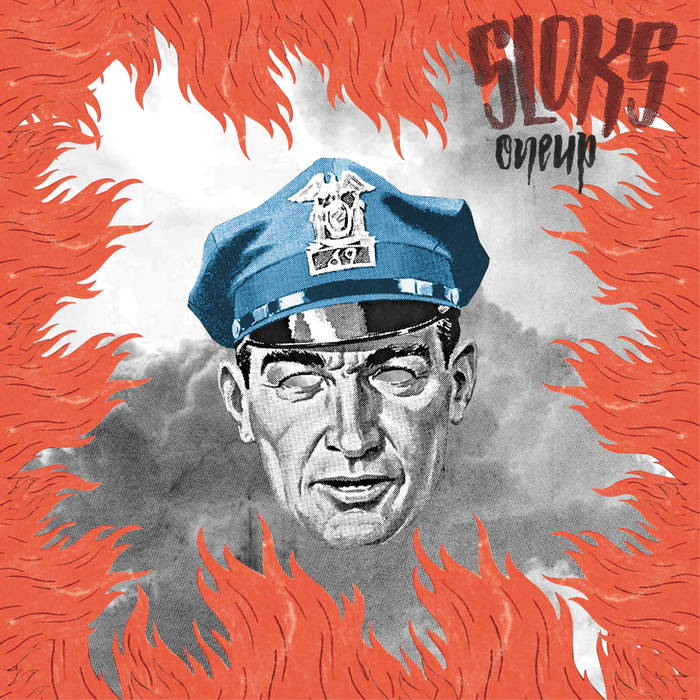 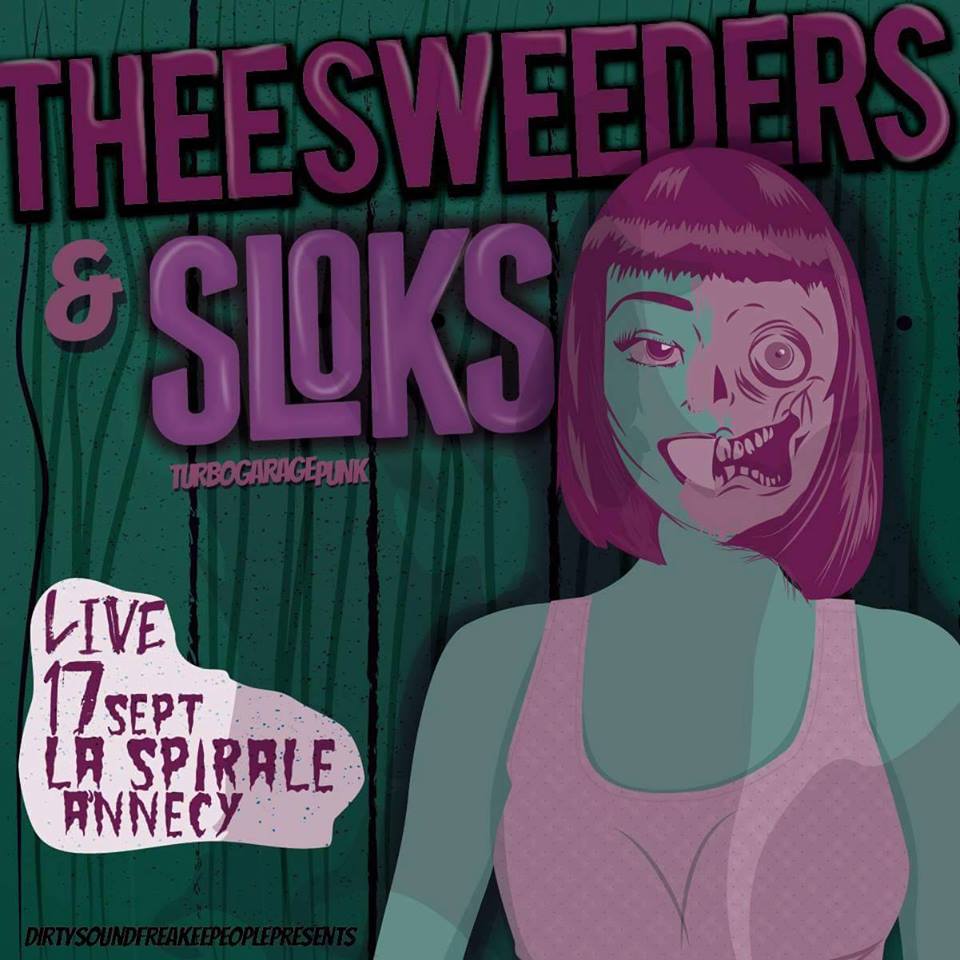 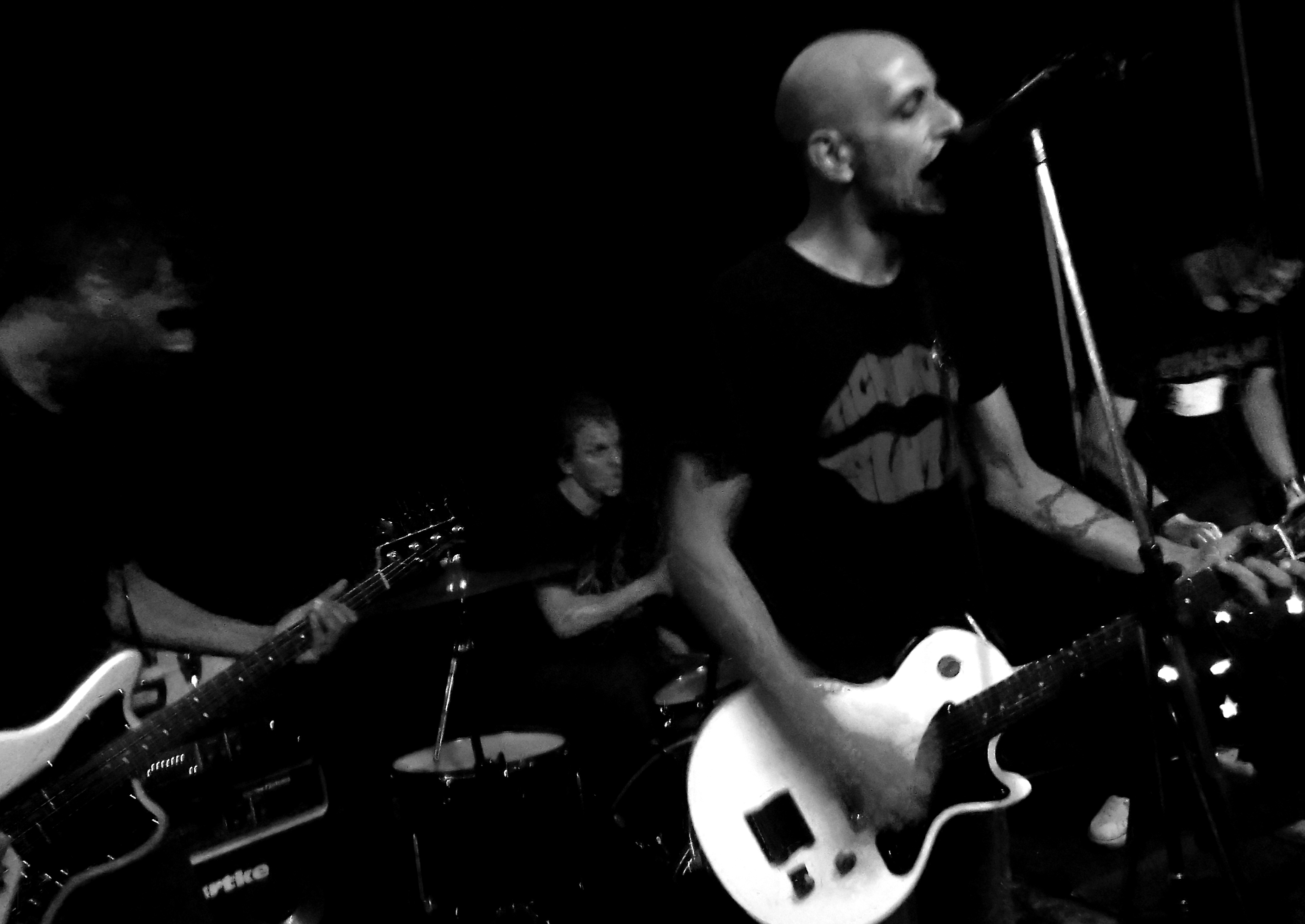 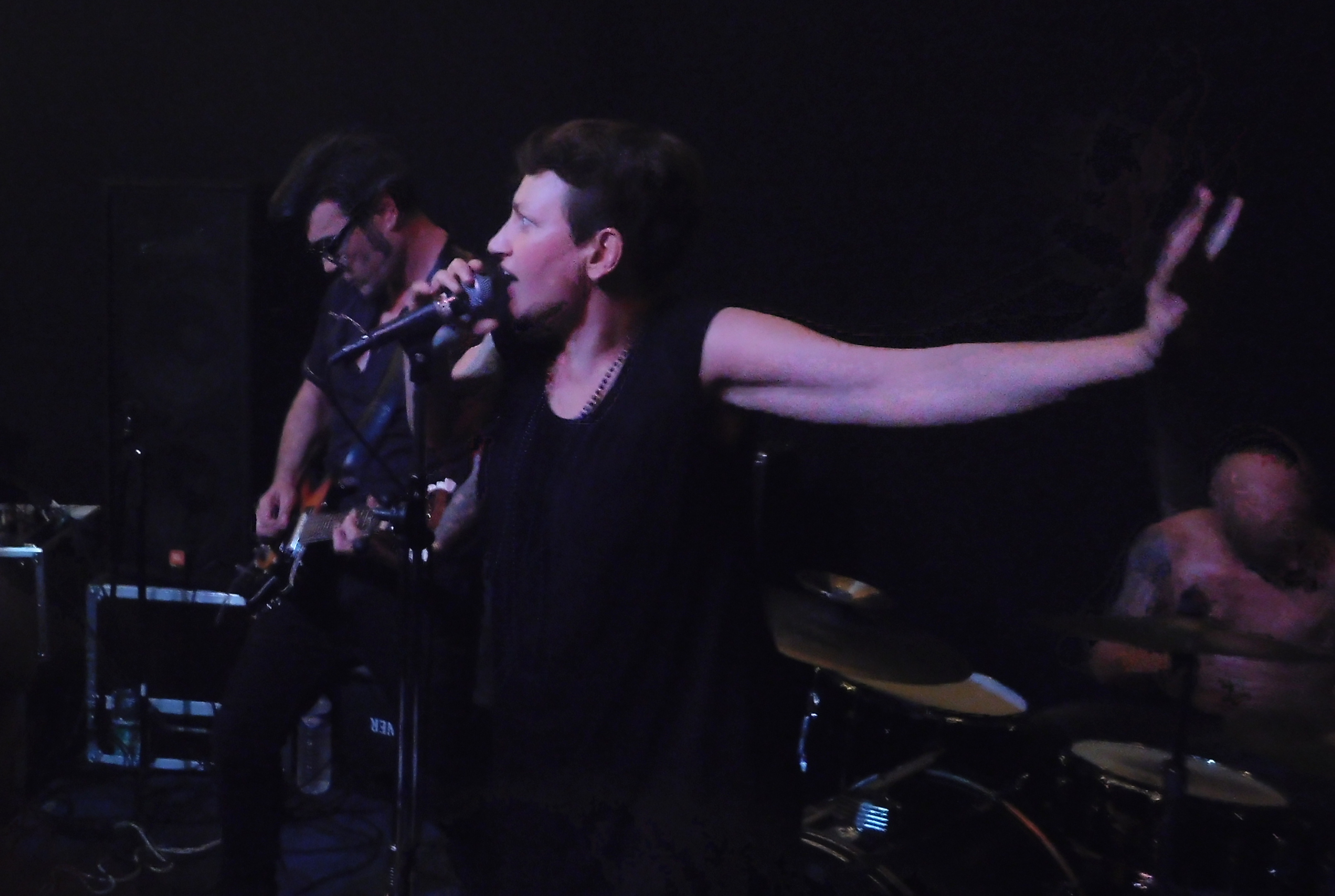